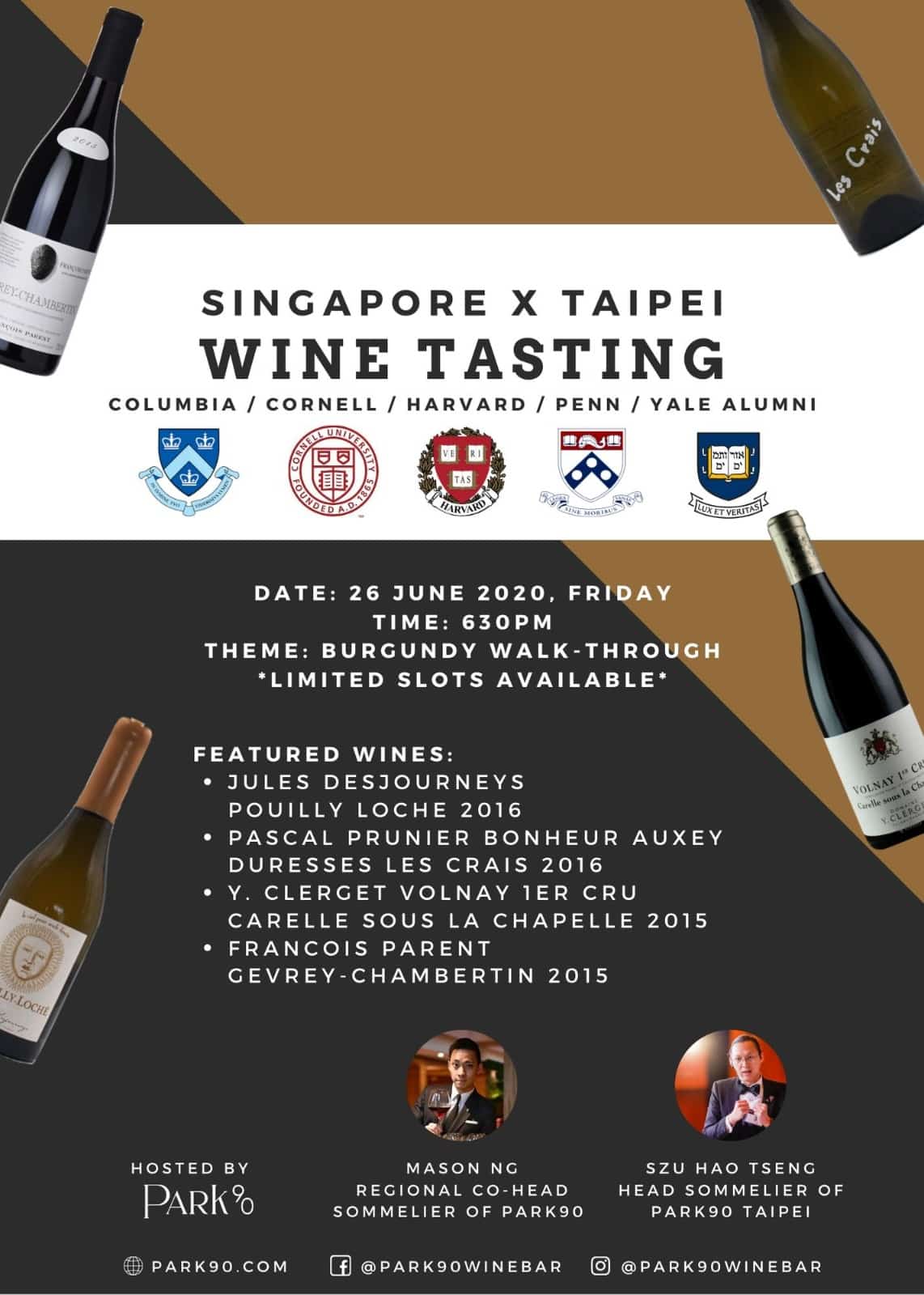 These wines have been specially curated and sourced from Park90’s network of partners and chateaux around the world.

RSVP Deadline to purchase wine: Monday, June 22, 8pm. Limited stock available and tasting will be allocated on a first come first served basis for those interested in purchasing a flight.

If you are interested in purchasing a flight of wine for $69 nett excluding delivery, please email Allen via [email protected], and indicate whether you would prefer delivery for an additional $23 (please include address) or self-pickup on June 26th, 2-6pm, at Song Lin Building, 1 Syed Alwi Rd, #06-04, SG 207628. Turn left when you exit the passenger lift and ring the doorbell.

Park90 also has access to wines which are on limited release (and typically allocated). As such, they have created a Membership program to enjoy these Members-only wines. This will be a unique loyalty program specially designed to appeal to members who
want to enjoy such wines in Park90. Further details can be readily provided. Instagram: @park90winebar.