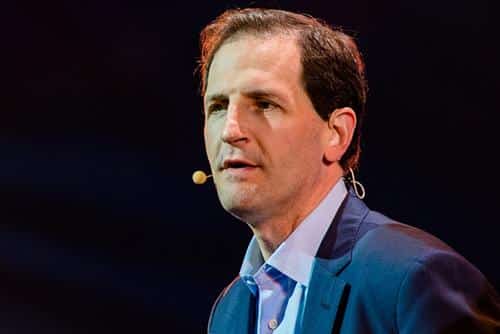 HUAAS invites you to join conversation with Dan Shapiro – “one of Harvard’s Top 15 professors” on:  “Negotiating the Nonnegotiable: How to resolve your most emotionally charged conflicts”.

Dan Shapiro is the founder and director of the Harvard International Negotiation Program, Daniel Shapiro teaches a highly evaluated course on negotiation at Harvard College; instructs psychology interns at Harvard Medical School/McLean Hospital; and leads executive education sessions at the Program on Negotiation at Harvard Law School, Harvard Kennedy School, and Harvard Medical School/McLean Hospital. He also has served on the faculty at the Fletcher School of Law and Diplomacy, Tufts University, and at the Sloan School of Management at Massachusetts Institute of Technology.

Named one of the top 15 professors at Harvard University, Shapiro specializes in practice-based research—building theory and testing it in real-world contexts. He has launched successful conflict resolution initiatives in the Middle East, Europe, and East Asia, and for three years chaired the World Economic Forum’s Global Agenda Council on Conflict Resolution. Focusing extensively on the emotional and identity-based dimensions of negotiation and conflict resolution, Shapiro led the initiative to create the world’s first Global Curriculum on Conflict Management for senior policymakers as well as a conflict management curriculum that now reaches one million youth across more than 20 countries. He is the recipient of numerous awards, including the American Psychological Association’s Early Career Award and the Cloke-Millen Peacemaker of the Year Award. In May of 2019, Shapiro was named Harvard’s Joseph R. Levenson Memorial Teaching Prize for Excellence in Undergraduate Teaching, the oldest of the teaching awards given out by the Undergraduate Council.

His renowned book, which was the Grand Prize Winner of the 2017 Nautilus Book Award is here:  https://www.amazon.com/gp/product/B013Q702GU/ref=dbs_a_def_rwt_bibl_vppi_i1.

Please RSVP at Harvard Club of Southern California, and ZOOM details will be sent closer to the date.